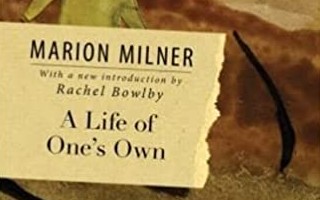 A Life of One’s Own and An Experiment in Leisure 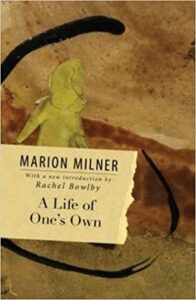 Marion Milner, writing in 1934 under the name Joanna Field, had decided as a young woman of 26 to explore what would make her happy. She began keeping a record of what she remembered as making her happy each day. The nature of her journals changed quite a bit over the following seven years, as she explored various thought processes, ways of writing (including automatic writing or free writing), ways of perceiving reality, and the nature of thought and psychology. She matured during the intervening time, as a result of this journaling adventure. She wrote her journals and a book, A Life of One’s Own, and its companion, An Experiment in Leisure, from the standpoint of an ordinary individual rather than a student of psychology, even though at the time she was transitioning into a lifetime of working as a psychoanalyst. She wanted to explore a way of developing as a person that would be available to anyone, without the need to consult a psychologist or to study psychology. 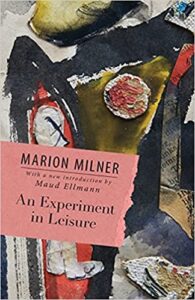 I found the result of her journey fascinating and somewhat enlightening. I read it during a period of many months in 2012 when I read a lot of books on journaling and did some rethinking of my own journaling practice.